"deliveries ordered in advance for January" 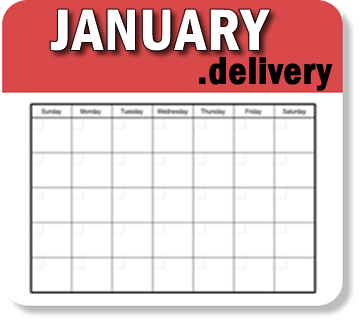 
Janus is the Roman god of gates and doorways, depicted with two faces looking in opposite directions. His festival month is January.

Januarius had 29 days, until Julius Caesar reformed the Roman calendar (hence the Julian calendar) changing the number of days in many months and removing "Intercalaris" when it became 31 days long.